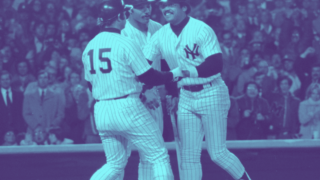 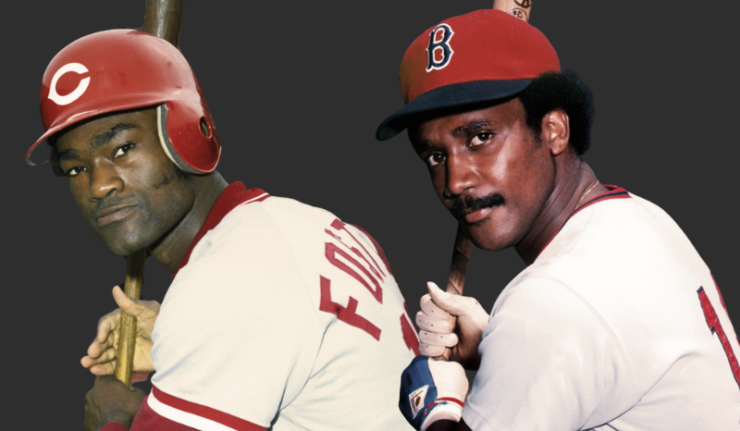 In 2009 after 15 years on the Baseball Writers’ ballot, Jim Rice was elected to the Hall of Fame. His journey on the ballot started at just under 30% and gradually climbed until he inched his way over the 75% threshold. His name will forever be immortalized in the plaque gallery in Cooperstown as one of baseball’s legends.

But why was Jim Rice inducted and not George Foster?

Foster spent four years on the Baseball Writers’ ballot and never got as much as 10% of the vote. He fell off the ballot in 1995, the same year that Rice appeared for the first time.

In this series of articles about the Baseball Hall of Fame, I’m going to compare a player not in the Hall with a single Hall of Famer. Let’s start by examining the two players.

Rice was a first round pick by Boston in the 1971 MLB Draft. He signed out of high school in South Carolina, and quickly showed he was a good professional hitter. By 1974 he was in Boston playing with the Red Sox, and the following season (his true rookie year) he was one of the best rookies in baseball, hitting .309 with 22 homers and 102 RBI.

In 1977 he won his first home run title, and the following year he had a season for the ages, topping 400 total bases. He led the AL that season in 11 categories, including hits, triples, homers, RBI, and slugging. He was named league Most Valuable Player, getting 20 of the 28 first-place votes.

Rice had a similar season in 1979. He was at his peak, considered the most dangerous hitter in the American League, if not all of baseball. He won three home run titles in all, and he consistently ranked among leaders in hits, doubles, RBI, and total bases.

Rice was a strong man with broad shoulders and powerful legs. He was famous for quick bat speed and his right-handed swing, while packed with extra-base pop, was condensed and short. He was a pull-hitter with power to center field too. For much of his career he was an above-average baserunner, though he never learned to steal bases. But he was excellent at moving around the bases and aggressive, stretching singles into doubles and doubles into triples.

The egos in the Cincinnati Reds’ clubhouse in the 1970s were tremendous. You had Johnny Bench, Joe Morgan, Tony Perez, and the mouthy manager Sparky Anderson. But the biggest ego belonged to Pete Rose, the cocky kid from Cincinnati who personified the Reds as they won four pennants in the 1970s.

Rose once said of his teammate George Foster: “George is in a class of his own—he and Mike Schmidt—as far as hitting home runs. But you have to do other things. You have to knock a wall down occasionally. You have to get your uniform dirty. I used to go through three uniforms a day. George uses three a month.”

Foster didn’t concern himself with knocking down walls and dirty uniforms. He was a power hitter, and his big (black) bat fit nicely in the middle of the Big Red Machine offense.

Foster was drafted by the Giants in the 1968 MLB Supplemental Draft after toying with college in southern California. He was one of many young talented outfielders the Giants had in the early 1970s, along with Bobby Bonds, Dave Kingman, and Garry Maddox. San Francisco sent him to Cincinnati for shortstop Frank Duffy and one other player in May of 1971. Mistake.

Foster took a few years to mature in Cincinnati, in part because Anderson didn’t take to his quiet, Bible-reading personality. But in 1975, the same season Jim Rice was terrorizing pitchers in the other league as a rookie, Foster caught a break that pushed him into the starting lineup.

By 1975 the Reds were more of a Big Red Disappointment than anything else. The team had won three division titles and two pennants in the first half of that groovy decade, but no World Series title. Sparky and the front office knew they needed something in 1975 to push the team over the top. In the first month of the season the team started sluggish, and by May 16th the Reds were under .500 and 5 1/2 games out of first. Something needed to be done.

That’s when Rose volunteered to move to third base, where the Reds were getting next to nothing from a slew of below average players. But that left a hole in Rose’s spot (left field), which meant Foster was in the starting lineup. After Foster entered the lineup, the Reds went 89-35 and ran away with the pennant. They won the World Series and repeated as champions in 1976. Foster hit 52 homers combined in those two championship seasons, and in ’76 he led the NL in runs batted in.

In 1977, Foster had his signature season. That year he belted 52 home runs, becoming the first player to top 50 since Willie Mays 15 years earlier. Foster was named NL Most Valuable Player and led the league in runs, homers, RBI, total bases, and slugging. The following year in 1978, Foster became the first man to lead his league in RBI three straight times in more than four decades.

Once he was given a chance to play regularly, Foster smashed home runs at a regular clip. He topped 20 homers ten times in eleven seasons from 1975 to 1985, and six times his slugging topped the .500 mark.

Foster signed a multi-million dollar contract with the Mets in the early 1980s that ended up being a bust for New York, and an albatross around the neck of George. The Big Apple was a lot different than Cincinnati, and Foster never learned to handle the media. He sulked when he got booed, he complained when he wasn’t playing, and fans couldn’t let him forget that he wasn’t hitting 50 homers a year any more. He retired during spring training in 1987 when no teams offered him a contract.

In an 18-year career, Foster hit 348 homers and had 1,239 RBI. He played in 1,977 games and batted .274 with a .480 slugging percentage. He was a good baserunner, very quick and long-legged. But he was only a fair defensive outfielder, really more of a designated hitter stuck in the National League.

Similarities between Foster and Rice

First let’s look at the similarities between Rice and Foster:

Differences between Foster and Rice

Now let’s examine their differences, which should reveal the reasons the voters elected Rice to Cooperstown but not Foster:

Why Jim Rice is a Hall of Famer, but George Foster is not

The people who watched Jim Rice in his prime thought he was more dangerous and more productive than they did George Foster. Even though their numbers are somewhat close. Rice’s career OPS+ was 128, and Foster’s was 126.

But there are a few undeniable facts in favor of Rice:

I’m fine with Jim Rice being in the Baseball Hall of Fame. I remember him being the most feared hitter in the American League for about 5-7 years, maybe a little longer. I think he was a better hitter than Eddie Murray at their peak, and he was at least as good a ballplayer as Kirby Puckett was. Rice has excellent numbers, though his career and peak numbers are not at the legend level. But not everyone needs to be a legend to be a Hall of Famer.

Foster was a fantastic hitter for several years. At his peak he was at Hall of Fame levels, but unfortunately he didn’t sustain it long enough into his 30s, and he suffered because he didn’t get a chance to play regularly until he had been in the majors for more than six seasons. If Foster had been able to crack the Cincinnati lineup when he was 23, maybe he gets over the 400-homer mark, and things are different.

Cincinnati Slugger George Foster Was His Own Man > 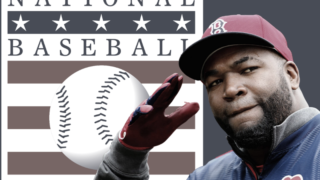 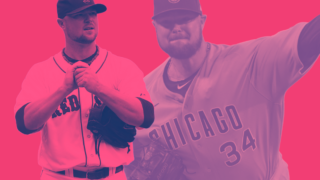