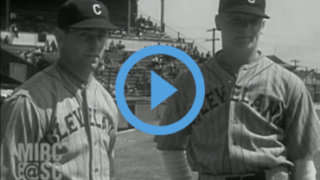 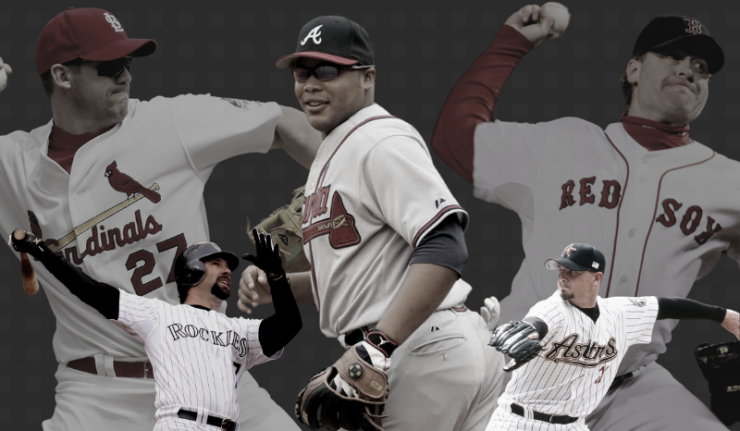 The results of the 2022 Baseball Hall of Fame election surprised many. Only one man, David Ortiz, was elected, while many popular (or controversial) candidates hovered near or just below the 75 percent threshold. Some of those candidates fell off the ballot after maxing out on their tries with the baseball writers.

Even with the slow trickle of players gaining election in recent years, there are several viable candidates making progress. Some of these players will eventually gain election.

After getting 70 votes in his first appearance on the ballot, Todd Helton gained more than 200 in the most recent vote. He will be the second-highest vote getter returning for the 2023 BBWAA ballot, and the former Colorado slugger is now over the 50 percent mark. Fewer than eight players have received at least 50 percent support from the BBWAA and failed to eventually be elected in some manner.

Helton’s credentials are hard to ignore, despite the stigma of playing his entire home career at high altitudes in Denver. Helton was a terror with the lumber in both his home and road games:

Only the clear steroid users on this list ahead of Helton will not be elected to the Hall of Fame.

Consider this historic list, the batters who have produced a slash line of 300/400/500: there have only been 20 in baseball history (with at least 6,000 plate appearances).

As you can see, most of the names on this list began their careers before 1950. Only seven played within the last three decades.

Coors Field or not, Todd Helton was a great hitter. Like his former teammate Larry Walker, who also had super seasons in the Mile High Air, Helton will get his Hall of Fame plaque. He has six more chances via the baseball writers. I suspect he’ll get the honor in either 2023 or 2024.

The former third baseman will be the top vote-getter returning to the 2023 Hall of Fame ballot. Rolen has many things going for him: Rookie of the Year, seven-time All-Star, Silver Slugger Award, eight Gold Gloves. He played 17 seasons and topped 2,000 hits and 300 home runs (only nine third basemen have done that).

I limited this list to players who played at last 70 percent of their games at third base. But if we hike it up to 80 percent, Rolen ranks seventh. Among players who were primarily third baseman, Rolen rates within the inner circle of the elite with the bat.

But Rolen also won eight Gold Gloves at the hot corner. In fact, his Hall of Fame case rests largely on his defensive value. According to Baseball Reference, Rolen ranks sixth all-time in runs saved at third base. He is the only man to win a Gold Glove Award at the position with three different teams. Using the eye test, he seemed like the most efficient defensive third baseman since at least Buddy Bell, and only Brooks Robinson, Mike Schmidt, and Nolan Arenado have won more Gold Gloves.

Probably the most polarizing candidate based purely on his statistical record since Jack Morris. With Jones it’s a matter of who you believe. The advanced statistical community is split on this guy: by Wins Above Replacement, Jones is seen as an elite center fielder with power who ranks among the top 15 at his position all-time. But the stodgier sabermetrics crowd who adhere to Win Shares and the Bill James methodology don’t rate Andruw Jones as high.

Traditional stats don’t work in Jones favor: he had fewer than 2,000 hits; he only led the league twice in important categories; and his batting average (.254) and on-base percentage (.337) are not eye-popping.

Jones won ten Gold Glove Awards, but even that doesn’t seem to impress some voters. After all, Paul Blair won eight Gold Gloves in center, right? But Andruw Jones hit 434 home runs, with a high of 51 (and it appears he never tinkered with PEDs). Doesn’t that count for something?

Halfway into his time on the BBWAA ballot, Jones has navigated from less than 10 percent to more than 40 now. He has a window of about two years where no overwhelming candidates will be debuting. It won’t be until 2025 that Ichiro Suzuki and C.C. Sabathia will appear. The next few years are the time for him to move up to 50 and then 60 percent or more. Look for the former Atlanta outfielder to be elected in possibly 2026, when the ballot should be fairly clear and he’ll be in his ninth year of eligibility.

Relievers are difficult to assess in Hall of Fame voting. There was a time when the electorate gave little respect to bullpen pitchers. Hoyt Wilhelm and Goose Gossage each spent at least eight years on the ballot.

Billy Wagner debuted with more ten percent of the vote, something only nine relievers have done. The other eight relief pitchers to do that are: Wilhelm, Rollie Fingers, Sparky Lyle, Gossage, Bruce Sutter, Lee Smith, Trevor Hoffman, and Mariano Rivera.

With 201 votes (and 51 percent support) on the 2022 Hall of Fame ballot, Wagner appears to be going more the way of Wilhelm and Gossage, as opposed to Sparky Lyle, who petered out. Similarly it appears he won’t suffer the fate of Lee Smith and Gossage, who spent long periods on the ballot before finally getting the nod. Only Smith got 50 percent from the BBWAA and wasn’t elected by that body.

I’ve written elsewhere about Schilling’s unusual candidacy for the Baseball Hall of Fame. There’s no question, to anyone who understands baseball history, that Schilling was one of the greatest pitchers of his or any other generation. He rates among the Top 20 Pitchers of All-Time here at Baseball Egg.

But he can’t help but let his mouth get in the way of his legacy. Now that he’s no longer on the ballot, it will take a few years, but certainly less than a decade, for a special committee to elect the former pitcher to Cooperstown. His numbers are just too good.